We saw a dramatic shift in Nathan’s motivation & attention. 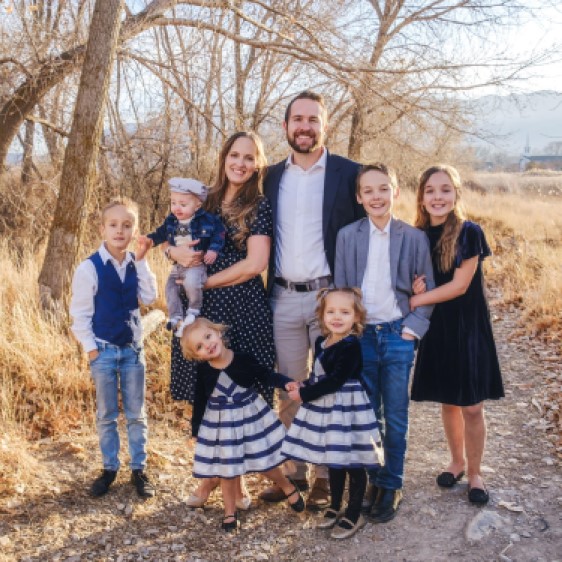 My 8-year-old child, Nathan, was struggling in school. We were getting weekly emails and had met with his teachers multiple times about his performance. They said he was having a hard time interacting appropriately with other kids, wasn’t finishing his work, and he struggled to pay attention. When we talked to him about it, all he could say was “I’m just bored!”

Nathan wasn’t a bad kid. We knew he was very sweet, and super intelligent, and that kind of behavior didn’t sound like him. What we didn’t know then was that Nathan had ADHD and Autism.

I began to look at different diets that could help Nathan’s mental state. I found one book called “Dr. Bob’s Guide to Stop ADHD in 18 Days” that laid out a program I really wanted to try. It called for some pretty extensive changes, including no processed foods, no refined sugars, no white starches, no peanuts, no dairy products, no saturated fats, very little meat, only whole grains, and tons of whole, plant-based foods…

It became clear that we were going to have to upgrade our “reasonably healthy” diet to a whole new level. It would require us to spend far more time and energy on food, and in a family with lots of kids there’s only so much time and energy to go around.

Three things would be our greatest challenge: treats, snacks, and needing food fast. Thrive Life saved us on all three. I found healthy treats we could make that involved Thrive fruits; when we needed snacks we ate Thrive veggies, fruits, etc.; and when we needed food fast I relied on jar meals made from Thrive Life.

After one week of eating clean, whole foods, we noticed a dramatic difference in Nathan, and in our other children as well (including another autistic boy). The difference was so extreme that everyone we knew commented on it - teachers, neighbors, grandparents. I even had somebody say to me, “what did you do to your kids?” They were not the same children they were a week before!

After a month, the difference was so drastic that even my kids didn’t want to stop. My son was able to focus, he didn’t feel as bored, and he did not experience the overwhelm he used to. His teachers said “whatever you’re doing, keep doing it, because it’s working.”

My husband, Aaron, and I also experienced a major change in our own health and well-being. Many of Aaron’s health issues cleared up and so did mine - including digestive issues that I had been to a doctor for several times. I lost 20 pounds and my husband and I had more energy and mental clarity than when we were first married.

If I did not have the ability to throw things together quickly, or simply pull healthy items out of the pantry for snacking, we would not have been able to stick to our diet and lifestyle changes that have made such a difference for us. We are so grateful for Thrive Life and the way it so easily supports our clean eating. Eating healthy, whole food has brought wonderful blessings to us and our children.